Does Change Really HAVE To Be Difficult? Most people assume that change has to be difficult. But it can be as simple as having a different thought, and then choosing to act on it.

The sages say that nothing endures but change. That is certainly true in the natural world: seasons change; continents move, and galaxies form, collide and die. I once saw a time-lapse movie of Cape Cod’s shoreline over the past 500 years and was astonished at how rapidly the coast grew, shrank and shifted as the tides moved the sand. It proved to me the folly of ever building your dream house on any beach!

People change, too. Are you the same person today that you were 20 years, two months, or even two minutes ago? Reflecting on my youth gives me vivid flashbacks of certain events, but I can scarcely recall what it felt like to be “me.” Who is that child shown in school photos and home movies or captured by treasured term papers? Those days seem as remote and distant as my imaginings of the future did when I was young. Am I merely making some of these memories up, or did they really happen to me?

We continually adapt, learn, adjust, transform, and modify the tenor of our lives day-to-day, moment-to-moment. That we do this is so obvious that it scarcely needs comment. Pause for a moment and think of the “change” that you have made since waking up this morning. I’ll bet you changed your mind at least a half dozen times, perhaps more. I know that I changed my mind about just having fruit forbreakfast and ate the muffin that the flight attendant offered.

In point of fact, we change as our thoughts change. Have you ever had a new thought

and acted on it? Then perhaps you changed. We resist change only when we are stuck in repetitive thought patterns. Hanging onto the past would be one way to characterize it.

For example, I used to worry a lot. Worry was so pervasive in my life that I worried about not worrying enough! I dissected the past and despaired of the future. Then one day I had a “new” thought. I literally noticed that I worried. And at that moment I began to change, for I saw how omnipresent the sense of “chewing my cud” was and realized how much it was distracting me from being fully present and engaged in life. And I became enraptured by the joy of living moment to moment.

Once I stopped worrying so much, I began to recognize other thought “habits.”

Pretty soon those, too, began dropping out of my life. For example, I prided myself on being busy, unfortunately to the point where my life was moving so fast that it felt incredibly stressful and out of control. I typically spent the first three or four days of vacations in a deep vegetative state as my body recovered from the pace at which my mind was driving it.

So, I changed by acting on the thoughts that felt good and ignoring the ones that felt bad. As I did so, I began taking much better care of myself physically and approaching my work in the simplest and most straightforward way. It shocked me how much my effectiveness improved, my output increased, and my delight in working deepened.

Inside, it just felt good and did not seem that hard. It was simply a matter of noticing new thoughts and then acting on those that seemed obvious. In other words, doing what felt right gave me a positive, rather than a negative, outlook on life. I was also learning about myself, others, and the world around me. Being alive seemed more beautiful and so profoundly simple. People took on an aura of innocence. It was hard not to feel warmth towards even those folks who were being “difficult” (and I live in New York). In other words, I changed. Ironically, these changes may have been more apparent to others than to me, for I know that some colleagues and family members commented on them. Their comments actually surprised me. Initially, I found it interesting that they had noticed. Later it was something of a revelation that they were so matter of fact about my conduct when it had been completely invisible to me.

That is the way change often happens. The new behavior looks completely obvious to others but remains hidden to the actors. Inside, you may feel different, but in one important sense nothing has changed. This is the truth that lies behind life itself.

Looking back on this period, I would say that I was learning how to create a life using my own, original thoughts. This is the birthright of each of us – to use our capacity to create our own lives from original thought. We have been given the power not only to know that we think, but also to choose which thoughts to pay attention to and which to reject.

Every human seeks to control his or her life using this power. Children do it instinctively. Adults often need to relearn what they knew as youngsters, just as I did. What we cannot control are the thoughts themselves. The mind produces them from a source of power that we can scarcely glimpse, even though we can feel it in the depths of our souls. It is what we term the Immortal, the Universal, or the Spiritual source of life.

This is an energy that pervades all life. Physicists may be looking right at it as they probe the depths of the universe. They call it Dark Energy (the force that may be causing the universe to expand forever) and Dark Matter (the “stuff” that existed before visible matter took form, something they think exists because there is not enough visible matter to account for certain physical phenomena).

In other words, change is nothing more than life’s energy being expressed as natural phenomena (who first said, “Nature is dynamic, not static”?) in the physical world. For humans, change happens at every moment as we continually create life from our thoughts, as they flow one after another.

It is when we interfere with this process or fail to see it that we become stuck. For example, if our ego dominates our thinking (“Its always been important for me to look good”), our greedy thoughts take over (“What’s in it for me?”), or our fear and imagination run rampant in our minds (“You think this is bad! Well let me tell you how bad things could really get!”), then it’s hard to climb out of the mental ruts and see the world as it is, offering unlimited possibilities.

Unleashing this potential takes no more effort than mentally looking in a different direction, waiting to see what thoughts occur to you, and then acting on the thoughts that produce the most positive feelings.

When I started doing this, my life became much more graceful. I trusted that things would work out, I went in new directions without second-guessing myself, I saw my leadership role as one of tending to people’s feelings knowing that if their mood was positive, they would figure out what to do, and I took on new roles, looking to learn by finding out what I didn’t know rather than sticking with what I already knew.

Now why is this important for business people? Well, somehow most of us assume that change is very difficult, something that needs to be managed. Recently, I read the text of a speech that had been given by the CEO of a Fortune 500 Company. He was exhorting his organization to become more modern, for his people to take risks, to solve problems without waiting to be told what do to and to give a damn about the customers. These are all laudable goals.

His point was that this new culture needs to be earned. He did not see it as a human birthright! He also assumed that change has to be imposed on the organization, even though he acknowledged that no one can force others to change against their will. So, he exhorted the organization to gear up for a protracted effort to reinvent itself and to cast overboard those who did not “get it,” whatever “it” is.

What this CEO fails to see is that his very thoughts about achieving these changes will make them all the more difficult to accomplish. By saying it will be hard, he creates anxiety. By telling the organization that not everyone will make it, he creates fear. And by expressing outcomes in fuzzy jargon, he causes confusion.

My wish is that you can see for yourself what I am pointing to: that change happens as simply as having a new thought and then choosing to act on it. That by dropping habitual thought you open the door to the unlimited potential of Universal Thought. That by trusting this spiritual truth you will live the life of your dreams: growing, evolving and, yes, changing, as you comprehend what it means to experience the truth of life with a higher consciousness and a heightened gratitude. I wish you the best. 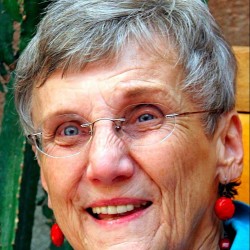